Digital Transformation & the Evolving Role of ERP, Part 1: ERP Trends to Look for in 2018

Digital Transformation & the Evolving Role of ERP, Part 1: ERP Trends to Look for in 2018

In this special blog series, Digital Transformation & the Evolving Role of ERP, we’ll discuss ERP’s new place at the heart of Manufacturing’s digital transformation. From business analytics to artificial intelligence and the Internet of things (IoT), you’ll learn about the cutting-edge technologies disrupting how manufacturers do business. 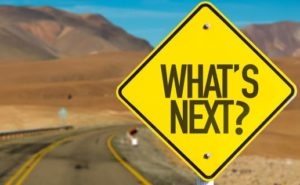 Just 20 years ago, ERP was an exclusive software, adopted only by those with the vision – and the resources – to independently integrate the technology into their operations. Today, it’s safe to say that ERP has entered the mainstream. In fact, it is considered by many to be the gateway technology – if not a prerequisite – for greater digital transformation within manufacturing operations. As such, here are a few of the great things we expect to see from ERP in the year ahead.

Up until recently, the concept of “digital transformation” was still an abstract one – a buzzword sometimes dropped in strategic planning meetings to never be carried out. As we move in 2018, leading companies are showing that they mean business. With the adoption of sophisticated digital technologies on the rise, ERP has kept pace, evolving from a seemingly daunting implementation fraught with upfront costs and heavy infrastructure to a leaner, more economical operational investment. Lower costs and simpler, SaaS-supported rollouts have made ERP an option for more businesses than ever before. And competitive companies of all sizes – including small and mid-sized manufacturers – will find they need to step up or risk being left behind.

While the ERP system has historically served as the “control panel” for manufacturers, its ability to communicate with other applications has never been more critical. As we move further into the uber-connected era of the Internet of things (IoT), legacy “stand-alone” ERP systems will become less relevant. Likewise, product roadmaps for outdated systems will drop off until the latest version is the last. Manufacturers will instead opt for leaner ERP systems that play nice with other real-time software, such as CRMs, so operational technologies – and the data gathered from them – are integrated and comprehensive.

Cloud-based ERP has had some negative associations to shed on its path to becoming a mainstream option for manufacturers. But as software vendors have taken pains to strengthen security, minimize downtime and design for flexibility, modern manufacturers are beginning to see cloud ERP in a new light.

On-premise systems continue to draw in adopters looking for a high level of control, both in customizing the function of their system and storing and managing their data on-site. But for manufacturers with multiple locations, cloud ERP’s convenient off-site servers and web-based (and, often, mobile) access may be worth the tradeoff. Growing businesses are also seeing the upsides of cloud ERP’s tiers of subscription, user access and technical support, which offer the option to ramp-up ERP investment at the pace of your business. While on-premise systems are expected to maintain their foothold in the market, cloud ERP may gain considerable ground in the year ahead.